Changing, Enriching and Evolving Our Minds by Victoria Lynn Hall

Something very significant happened this past week: Marianne Williamson changed her mind and I admire her greatly for it.
After publicly stating her support of Nancy Pelosi not long ago, former presidential candidate Williamson made an official announcement in the above video that she was now endorsing Pelosi's progressive challenger for the Congressional seat in California's 12th District, Shahid Buttar.
I imagine this was not a decision that came easily to author/activist Williamson who expressed her admiration for Pelosi and her significant achievement of becoming the first female Speaker of the House. However, Marianne is someone who practices what she preaches, so it doesn't surprise me that she chose conviction over comfort after seeing the HEROES Act Bill and how inadequately it addressed the needs of the American people who need the most help at this time.
To tell you the truth I was not a fan of Pelosi even before she introduced this bill, so when I saw Marianne's announcement I did a happy dance that would have made Ann Margret proud.

After posting about this event on social media, however, I learned that not everyone was so happy about it.  In fact some people who supported Williamson during her campaign for president felt hurt and betrayed by her endorsement of Buttar over Pelosi.
I would like to say that I was empathetic; that I remembered how little I had known about politics not that long ago and how difficult it can be to learn and adjust to the fact that the people we trust or admire aren't always who we think they are or who they once were, but I wasn't and I didn't.
Instead I dove headlong into my enthusiastic support for Williamson's endorsement and my condemnation of the corporate donations Pelosi has taken and how her legislating appears to favor the interests of those donors over the American people, all of which is factually true, but I wish I would have handled it differently.
I wish I would have asked these people why they felt the way that they did.  I wish that instead of being so intent on changing their minds I would have taken the time to find out why they were so reluctant to change them.  I wish that not because it would have been a better strategy to convince them to accept or even consider my point of view but because I now find myself genuinely curious what these answers are.  Why are people so blindly loyal to political figures or parties even when they don't represent their own interests?  Why can't people see beyond the simplistic narratives painted by mainstream media about public figures like Trump (bad) and Pelosi (good) when with very little investigation, a more nuanced and more dangerous truth becomes apparent (Trump still bad but Pelosi not really good either)?
There is a line from A Course In Miracles (the book and self study program that much of Marianne Williamson's philosophy is based upon) that many students of it like me find themselves coming back to time and again, that says, "Only what you have not given can be lacking in any situation".
When I think of that in regards to political conversations, I realize that the times when I feel most misunderstood are the times when I am not offering my understanding. I don't have to agree with someone's point of view to understand where it is coming from and that understanding is essential to having a worthwhile discussion, one that at least enriches our minds even if it doesn't fundamentally change them.

I've said often that I believe that the world changes one conversation at a time but now I have come to realize that the world actually changes one connection at a time. So, only to the extent that connection is the goal of our conversations can they initiate the evolution that needs to take place in ourselves, in our politics and in our world, to keep it sustainable for this wondrous experiment that is human life.
at May 18, 2020

Out Of My Depth by Victoria Lynn Hall

“If you feel safe in the area you’re working in, you’re not working in the right area. Always go a little further into the water than you fe... 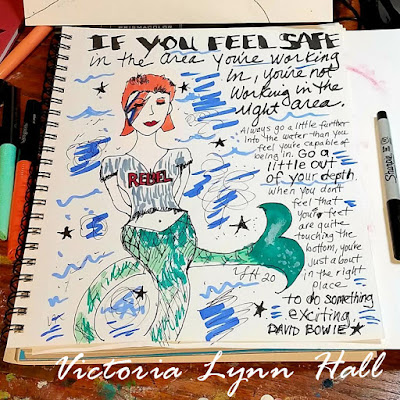 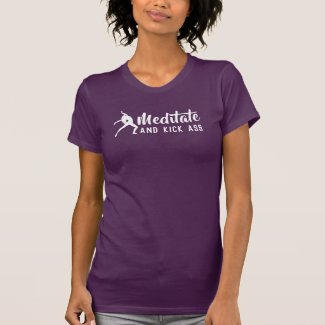